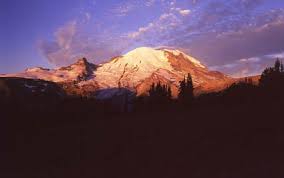 Selina reached out to me through Facebook in 2014.  She had chronic eczema and was really at her wits end.  She was fed up being self conscious, she was done with scratching her skin and she was more than exasperated by buying products to help heal her skin.

She had been to homeopaths previously and she was not really convinced that homeopathy was the healing modality to help her as her previous experiences were less than effective, she was simply giving up on what to do.

After we talked and I explained that I too suffered from eczema and understood what she was going through, she decided to Skype with me and trusted that I would be able to help her.

I prescribed homeopathic remedies, made some suggestions for her to clean up her diet.  I also suggested she take probiotics to help with her gut.  With all her feelings of being over whelmed I suggested she learn to relax and advised her to find a yoga class.

After a few months she started to see some improvement and was pleased.  We worked together for a while and she went on to empower herself further.  At the time she was doing a Masters in science.  She has since gone on to become a Hypnotherapist.

My son suffers from acute eczema and although we tried various medical treatments including steroids none of these were successful. I turned to Melanie for help who took the time to examine my sons health and well being and provided a homeopathic treatment plan. I am so grateful for Melanie’s help not only did we see improvements but her support and monitoring of my son’s condition has been fantastic.

Mel developed a passion for Complementary Medicine 20 years ago. After completing a Human Science degree she went on to study homoeopathy after reading 'The Science of Homoeopathy' by George Vithoulkas. At this early stage she realised that her calling in life is to help people to be healthy, happy and free. Later she discovered yoga and found it helped her so much with her own health that she completed the 200 hour training. Over the years she has travelled extensively, learning and treating people. She considers her life journey as one of fun and devotion.