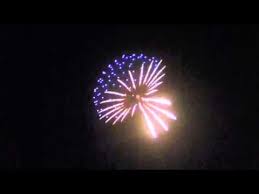 Little D, 7 years, was brought to me for a rash on his face.  It was not bothering him necessarily but it was not so attractive and his mother was concerned that it would spread, especially as his father had a similar looking rash that was over a large part of his body.
D immediately became shy as he entered the room, I could tell he wanted to engage put was just not sure about himself.  He managed to be coaxed away from behind his mothers leg with questions about play time and his friends at school.
His mother informed me of other main observations/symptoms:
Perfectionism and high intellect
Anxiety and worry about others
Picking at his lips
Tummy aches
Feels bad after exercise
He was born with jaundice
As I enquired about  his favourite foods, he started to warm up as described his love of ice cream, pizza, raw vegetables and warm drinks.
After some time his mother left the consultation room to take a phone call, so D and I were left alone for me to further discover his fun and charismatic nature.
He went into different characters and used different props to assist him.  It was interesting to observe that he would be outgoing for a while then use something to disguise his face to hide.
Eventually when his mother returned he stated that he was ready to go…. he had fizzled out.
D’s nature reminded me very much of the remedy Phosphorous.  People with this nature are very sensitive to their environment and they dislike disharmony.  They can be uncertain of their identity and and model themselves on those around them.  Like the element they shine brightly for some time and then fizzle out.  They are also prone to skin and liver issues.
Result: After a few weeks the rash disappeared and his mother was pleased.
3 months later the rash reappeared.
Remedy was repeated and waiting for further results.  It was advised to avoid sugar as it seems this is a fungal rash that is common in humid environments.
If you can identify with this story, please contact me for a 15 minute free consultation to see if Homeopathy can help you.

“Thanks to Mel I have discovered an alternative way of  approaching some of my long-term issues.
Consultations with her and the prescribed homeopathic remedy helped my energy levels and skin condition.
This was my first homeopathy treatment and I felt different straight away and much better for days afterwards too.
Melanie’s approach is refreshing and effective, she makes you feel at ease. I would strongly recommend a treatment with her.”
13/5/13

Mel developed a passion for Complementary Medicine 20 years ago. After completing a Human Science degree she went on to study homoeopathy after reading 'The Science of Homoeopathy' by George Vithoulkas. At this early stage she realised that her calling in life is to help people to be healthy, happy and free. Later she discovered yoga and found it helped her so much with her own health that she completed the 200 hour training. Over the years she has travelled extensively, learning and treating people. She considers her life journey as one of fun and devotion.